A Note to the reader
This is the 2nd installment about my 37 years with the traditional world of SUMO in Japan.

The scattered timeline I am sharing with you here, (copyright Lynn Matsuoka) is taken from many years of my written notes and recollections, pictures, videos and print interviews by the media, and artwork I have done. This will take you behind the curtain into a cloistered and traditional Japanese world. An exclusively man's world, rarely seen by those outside whether Japanese or foreign. By some fate, and the fact that many appreciated my documentary drawings of their life, and the gifts of those drawings, I was tolerated in many places that allowed me the visual access to accomplish this art work. For this I am so thankful, and still incredulous.

Women have no place in this world, except on the periphery, and then only if family. When I married a top-division Japanese Sumo Rikishi (they do not like the word "wrestler"), fully half the sumo world brought me closer, and the other half rejected me for intruding. But that is part of the story to come.

The Tokyo Olympics are scheduled to take place in 2020. Leading up to that event, the world will be again turning attention to the deeply esoteric Japanese Culture in an effort to see it in a way it can be somehow understood. I hope my story will help reveal and illustrate some of the beauty, pageantry and inscrutable nature of this culture, as I see Sumo as a microcosm of the traditional Japanese Culture.

Observations, comments and requests are welcome.

The Art of my Deal

Celebrities and sparkling guests, Japanese and foreign, excitedly walked the carpeted lobbies on their way to the ballrooms, chattering in tongues.

(Sometimes I felt like I couldn’t hear anyone, and no one could hear, or see, me).

I was living in the huge NEW OTANI hotel right near Akasaka. This is a very cosmopolitan area with tall modern commercial and apartment buildings. An easy walk to the train that took me to the sumo stables every morning and then to the stadium.

The assistant general manager, a young Japanese man who spoke excellent English, had listened to my story with interest. I was a young foreign artist, foreign being the distinction that set me apart in early 70’s Tokyo. It gave me an odd, somewhat dubious advantage; being a novelty, I could be used for cache, entertainment or even ridicule. So go ahead and use me I thought, if it gets me in the door!

This foreign, New York artist needed to be at sumo practice (what, really?) every morning to do my drawings, and had slim means as yet for a good place to live. My proposal was this: in exchange for a 50% discount on the room, I guaranteed him that that I would bring at least one genuine, large, sweet-smelling sumo wrestler to dinner at Trader Vic's , or one of their other restaurants, every week. Of course I would try to bring a famous guy, which would bring even more panache to the hotel.

Then I made friends with the manager at Trader Vic's Restaurant, and we agreed that if I brought 2 lower-ranking sumo wrestlers or one famous sumo wrestler to dinner, ( as the top rikishi usually didn't want the riff raff to clutter the scene) he would comp the dinners.  I was thus able to live in this wonderful hotel for many month on end, and paid the relatively reasonable bill from sales of my drawings, which in the beginning were few and far between. AND, I got to have wonderful dinners at my favorite restaurant, FREE!

AND… the way to a rikishi’s heart was definitely through his stomach, and wallet. Like most celebrities, they pay for nothing. They are always the honored and treated guest.  ( “Gotsandesu”). So an additional perk for me was, I gained appreciation from the Sumo troops for the proper and tasty invitations. Life was good, for intermittent moments.

I did have the occasional Tanimachi who would approach me at the stadium or the practice ring to see my drawings.They were better than anything they had seen before, and would ask if I could do a painting of their special guy. Sometimes they would just want to buy a few drawings right out of the sketchbook.  I was the only one doing this kind of work. No one has ever done such work to this day the way I did it for 37 consecutive years.

There was a young woman who did some pen and ink drawings of the rikishi for a year or so, who left Japan shortly after I arrived. I thought her drawings were not very good, but it was a novelty so people liked them. Then, a wealthy older man discovered her and she married him and left Japan. Aware of the story, there were men in and around the sumo world who looked at me as the next prospect. But that was not my plan.

Actually, I didn't have a plan. I followed some invisible spirit that somehow led me into this  very closed world through new introductions that kept appearing to me, and kept me there for many years. I was interviewed by countless reporters and TV commentators over the years who always asked me, why sumo? But I could never answer the question.

My sole purpose in life at this time, a passion said some observers, was to be at sumo every day and document them in quick drawings, capture every movement and expression I could, to own them, and have them be mine on my page. It was 1977.


Glossary
“Gotsandesu” - the Sumo word for Thank you.
Tanimachi - financial supporter of the rikishi


Note 2: We plan to post a new blog every week.

Please see the website (now being re-designed but still available) for the artist's collection of SUMO prints, created from her on-location Japan artwork.
These have sold over the years for $450-$800. However, while the blog is being written, to encourage people to learn about and collect these traditional images, we are offering a deep discount for a limited number of each of the editions.
if you purchase a print, the studio will provide  to you a Certificate of Authenticity on request. 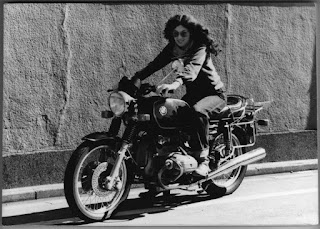 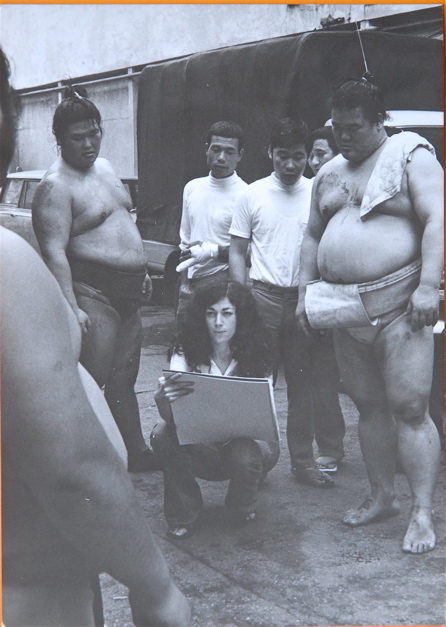